A wayward 200-pound potbellied pig found wandering in Indio on Thursday was reunited Friday with her family.

Indio police initially nicknamed the 3-year-old pig “Carnitas,” but turns out her name is Charlotte, and she was never bound for the slaughterhouse. 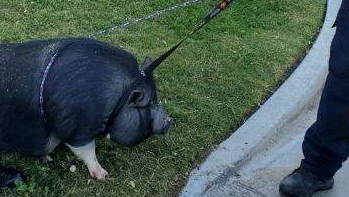 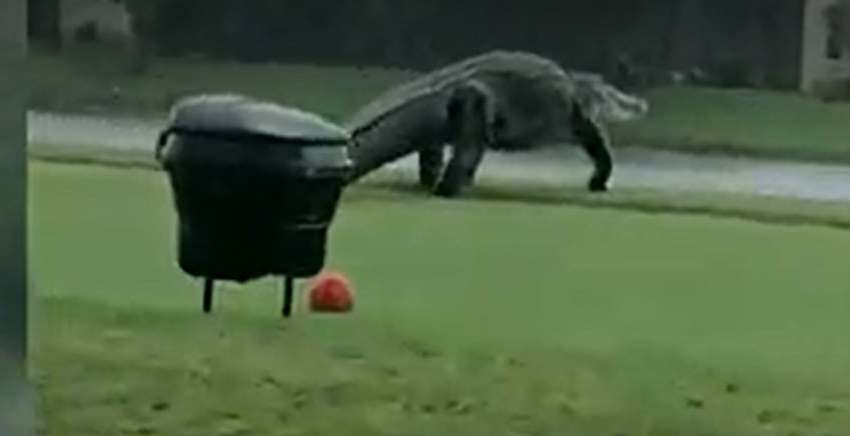 ‘They Are Out There’: ‘Gator Girl’ Christy Kroboth on Massive Alligator Spotted at Florida Golf Club

The hoofed mammal was picked up Thursday morning near the area of Arabia Street and Avenue 44 and taken to the Coachella Valley Animal Campus in Thousand Palms operated by Riverside County Department of Animal Services.

Police and Animal Services officials then put out a call for the owners to come pick up their wily pig, who used her wits to escape past three gates.

“We’re so happy to report that the pig’s owners — Celso Bravo Rodriguez and his wife, Marisa Bravo — came to the shelter today to reunite with Charlotte (her real name; an apt name for a piggy for those fans of “Charlotte’s Web.”) The young woman in the photos and video clips is Marisa Bravo. She can be seen feeding Charlotte some orange slices. Charlotte also loves tomatoes,” read a statement from the Riverside County Department of Animal Services.

“Marisa told our team members that Charlotte is 3 years old and that they have raised her since she was a baby, Charlotte used to sleep in her bed.”

“Although we know our Indio friends were joking with the Carnitas nickname, we should note that potbellied pigs are not raised for meat consumption,” an Animal Services social media post reads. “They’re generally known for their loyal behavior as pets.”

Cork City, Cork - Many of the roofing contractors in and around the Cork City & County area have benefited from the digital strategy services...

New York, NYC - Elegant Jewelry Store is the one-stop shop in New York for clients to get the perfect memorable gifts for themselves, family,...

Chicago, IL - Chicago is well known for its cold winters and highly humid summers making homes and businesses prone to discomfort and mustiness due...

Key West, FL - Beau Evan, a lead generation expert, has a track record of success in helping businesses scale up and meet their marketing...