How Can Your Air Quality Be ‘Moderate’ When Sky is Grimy Orange?

If the smoke and ash you’re seeing when you look outside belie the official air quality index for your area, the explanation at least in part is that the network of detectors was not designed for tracking all the pollution from distant but massive wildfires.

Much of the grimy orange tainting the skies above the Metro LA area is caused by smoke from the major fires hundreds of miles away in northern California, said Philip Fine, the deputy executive officer for the South Coast Air Quality Management District.

“The fortunate thing is a lot of that smoke is high in the atmosphere, and we are not breathing it directly,” Fine said. As a result, it is also not detected by ground level sensors.

“But the impact we’re seeing is on a very wide scale.”

Consequently, the local air quality index has remained “moderate” or even “good” in some areas with smoky skies.

Monitors are detecting smoke at ground level in areas affected by the Bobcat Wildfire in the San Gabriel Mountains. There the Air Quality Index has risen into unhealthy levels, with people advised to avoid outdoor exposure, especially if they have underlying health vulnerabilities. 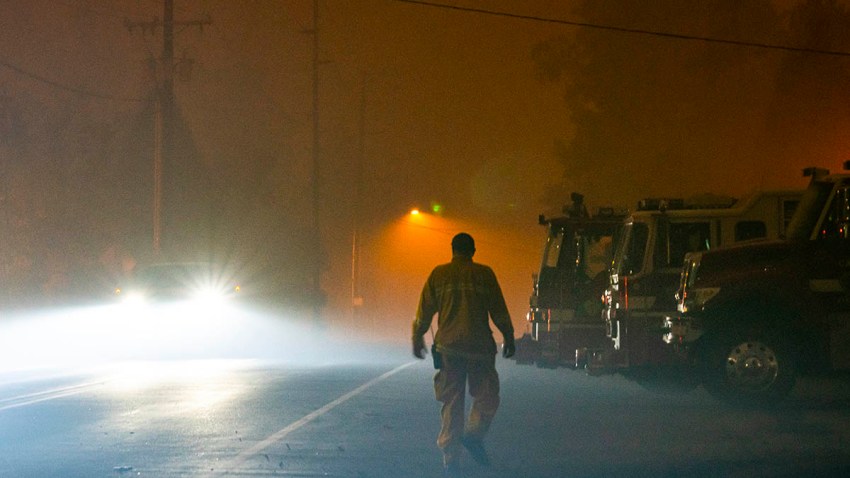 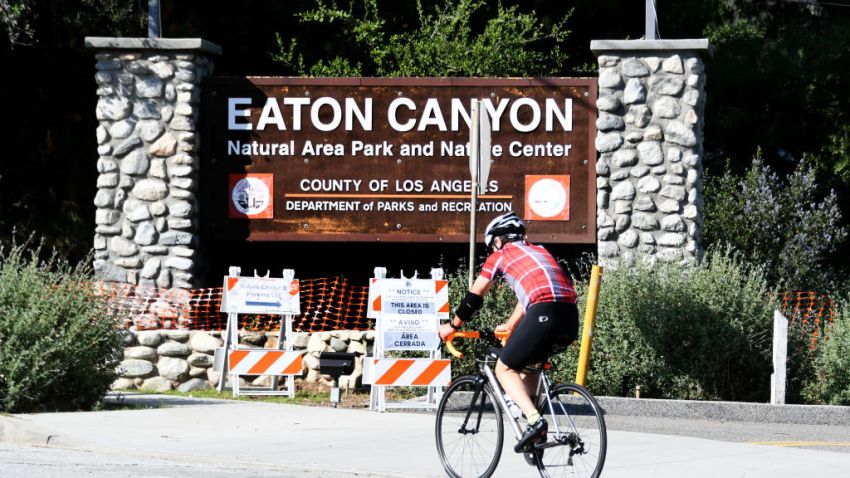 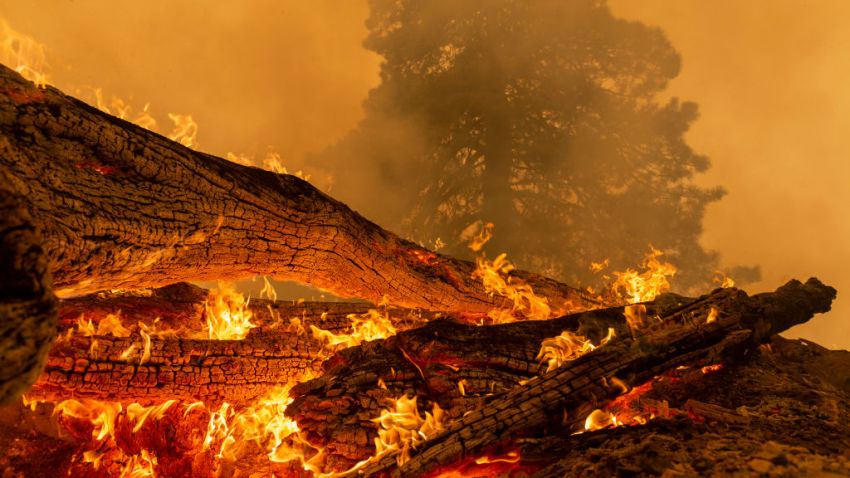 What goes unrecorded is falling ash big enough to be seen but, perhaps paradoxically, bigger than the invisibly tiny particles that sensors are designed to detect. For ash, Fine urged Southern Californians to rely on their own observations.

“So if you’re seeing that ash fall, even if the monitors are showing relatively clean, you’re still being impacted by the fire, and so you should still take those precautions,” Fine said. “We’ve been modifying our advisories to make sure people understand that.”

Fine said it is also possible that smoke levels may be higher or lower where you are than at your nearest monitoring station. To expand reach, he said, lower cost sensors have been added to augment the full monitoring stations, and you can see their levels on the website, fire.airnow.gov, a collaboration of the EPA and other entities.

What the SCAQMD’s monitoring network was designed to detect are the components of so-called photo-chemical smog first identified more than half a century ago, when the region’s air was becoming increasingly polluted by emissions mainly from automobiles and factories, but also from barbecues and fireplaces and even cows.

In the presence of sunlight, and more rapidly at higher temperatures, pollutants react to form Ozone, a lung irritant. Tiny particulates on the order of one-thousandth of a millimeter are also monitored, along with carbon monoxide, sulfur dioxide, and nitrogen dioxide

As it is, apart from the smoke, during the extraordinary heat wave last Sunday, one measuring station in Los Angeles recorded ozone reaching 185 parts per billion, the highest downtown reading in three decades.

Fine said it is possible pollutants in fire smoke underwent chemical reactions and contributed to the high ozone levels Sunday. But he believes the larger factor was the record-setting heat, and the absence of significant breeze to break up the stagnant air over the LA basin.

Adding to concern is the overarching trend in recent decades of climbing average temperatures, more intense heat waves, and larger and more devastating wildfires, this year already recording the most widespread fire damage in California history, with more than 3 million acres burned.

Individual events Fine is reluctant to ascribe to climate change, but the trend is apparent, and it is undercutting the decades of air quality progress achieved by setting emissions standards for vehicles and industry.

“If these events keep occuring, it’s going to make meeting our air quality goals that much harder,” Fine said.

Over the decades, progress improving air quality has been achieved largely by regulating emissions from vehicles and industry. “There’s no way to enforce that regulation if you can’t control the source of the pollution,” said Keith Bein,
a researcher at the UC Davis Air Quality Research Center.

Bein studies climate change, and speaks of “our new climate reality,” but also says he was not expecting the severity of this fire season.

“We knew it was coming, but we didn’t expect this scale, this ferocity, this intensity,” said Bein.

A key factor he cites is so many fires starting almost at the same time, hundreds ignited by dry lightning strikes last month during an extraordinarily powerful summer electrical storm.

The breadth of the fires produced a staggering volume of smoke, ash and airborne debris.

The amount of particles that reach the upper atmosphere could also have an impact on climate change, though Bein said it is still unclear whether the net effect would be to hasten or retard.

“We’re experiencing what so many people predicted decades and decades ago but all of that now is reality,” said California Gov. Gavin Newsom Friday in an area of Butte County devastated anew by wildfire. “We have to own that reality.”

He said California needs to stay the course of countering climate change by speeding the transition to renewable energy and thereby reducing greenhouse gas emissions.

In the meantime, the impact of heat raising demand for air conditioning has squeezed the capacity of the electrical grid, even as the specter of COVID still menaces daily life.