Falconry: Sport of kings has become a successful business for some 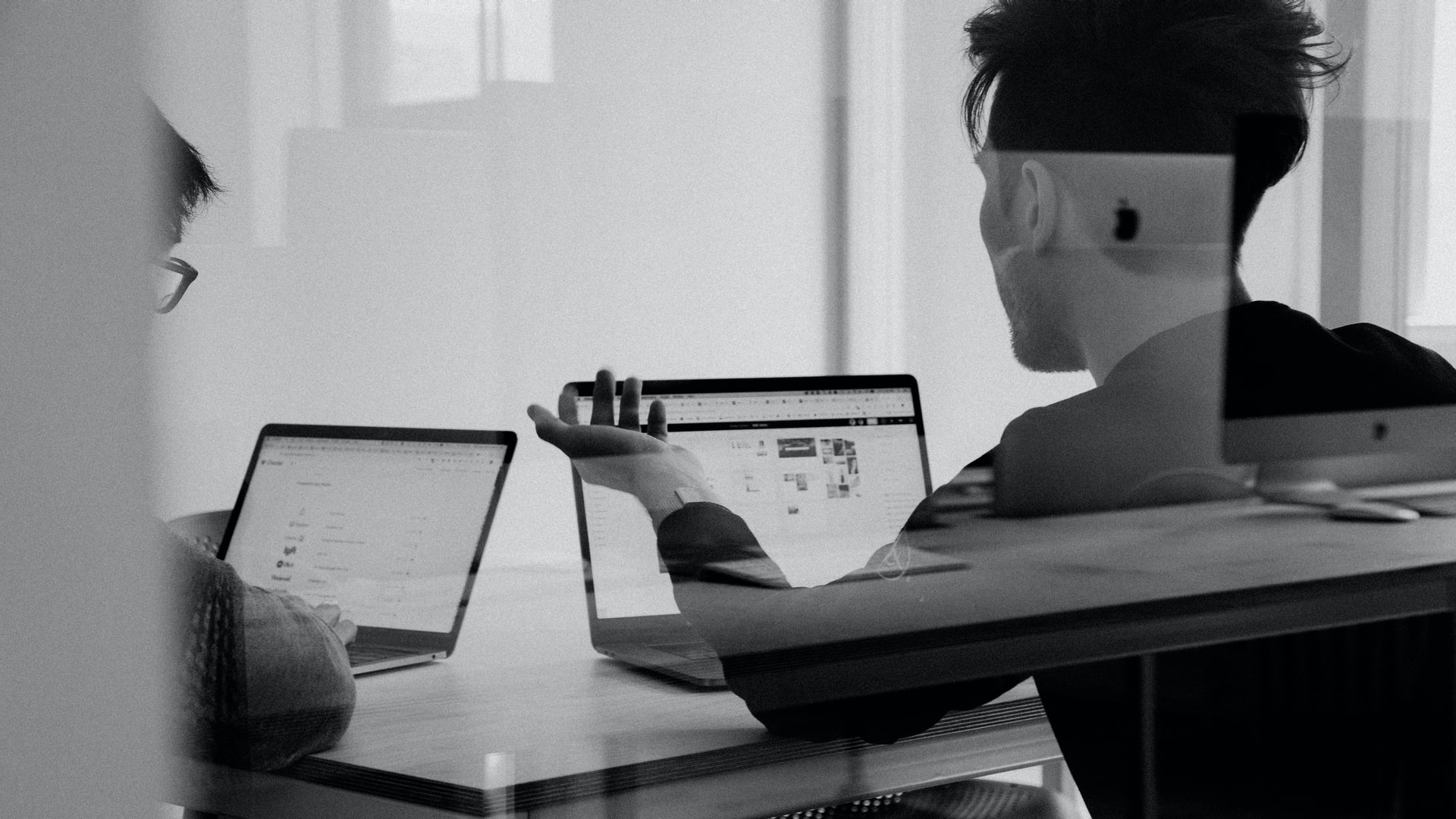 MARINA — Atop the Monterey Regional Waste Management District landfill, a faint whiff of something like the contents of a kitchen garbage can wafts through the air. It is a heavenly scent for gulls and blackbirds who flutter about picking over the trash piles.

But suddenly, a cloud of white flapping wings arises from the refuse as the flock, a couple of hundred birds strong, frantically flies away.

“It’s incredible,” says Tim Flanagan, general manager of the MRWMD, speaking of the first time 11 years ago when he hired falconer Leo Velasquez to the landfill to deal with the bird problem. “He got out of his truck and put his glove on and took the bird out – a falcon at the time – and the gulls just started leaving. That’s the thing – it’s one bird and there are thousands of the gulls.”

Falconers will tell you that working with birds of prey is working with nature – the other birds know the pecking order when they share the skies with a predator. Feeling a raptor’s power as it takes off from your gloved arm for a hunt can be thrilling, but make no mistake – falconry requires commitment, dedication, and sacrifice.

Humans have been practicing falconry – hunting with birds of prey – for over 4,000 years. With origins in the Middle East, falconry is now practiced all over the world. Traditionally, falconry is all about the hunt, but the sport may be evolving, at least in the United States, as commercial falconry develops. Using raptors for pest abatement is an effective and environmentally friendly method of animal control, and it can even pay the bills – if you can get the work.

So you want to be a falconer?

Falconry isn’t just a hobby – it’s a lifestyle. “I can’t take a day off without thinking of them first,” said Javier Regis, a 49-year-old master falconer and abatement specialist who works in Monterey and Southern California.

The journey of becoming a master falconer begins with a written test. The exam covers raptor biology, bird health care, falconry laws (which can vary by state) and more. A score of at least 80 percent grants a permit allowing the student to work with a bird. A hunting permit is also required. The aspiring falconer needs to procure a general or master class falconer who is willing to sponsor them through their apprenticeship, which takes a minimum of two years. Finding an experienced and willing falconer to apprentice under is crucial to learning the ropes.

“If you have no patience, you have no business trying to become a falconer,” Regis said. Getting certified as a master falconer takes at least seven years and learning how to work with birds of prey is no walk in the park.

In the United States, beginning falconers typically capture a young red-tailed hawk or kestrel from the wild as their first bird. “They’re wild creatures and they have no reason to trust you at the beginning,” Regis said.

Falconers are only permitted to capture from the wild birds that have left the nest but are less than a year old. This is a precarious time in a bird’s life since they still need to establish themselves in the bird world pecking order while learning how to successfully hunt. Therefore, falconers emphasize that by getting their “passage” birds up to a healthy weight while honing the birds’ hunting skills, they help give the birds a leg up in life when they release them back into the wild, which most falconers do.

Licensed falconers can either trap birds from the wild or buy them from breeders. General and master class falconers are permitted to keep more than one bird and work with a greater variety of raptors.

Each bird must be weighed, fed, and exercised daily. Feeding the birds is itself a science as the birds must be healthily satiated while still being hungry enough to be motivated to fly. It takes trial, observation and experience to find the perfect number, which is different for each bird.

Being answerable 24/7, 365 days a year to the birds can also be hard on relationships. The North American Falconers Association website notes the intense commitment it takes to be a falconer, and warns, “You might be OK with this time commitment, but is your spouse OK with it? Your kids? Your career?”

Some falconers have made falconry their career, but that wasn’t a viable option until 2007 when the U.S. Fish and Wildlife Service began granting permits to allow the use of raptors for commercial purposes. Bird abatement, or chasing and keeping unwanted birds away, is the main one.

“As far as birds that we scare away, we haze mostly crows, pigeons, and seagulls,” plus the birds like starlings and sparrows common in agriculture, said Adam Chavez, a master falconer. Chavez owns his own abatement company based in San Juan Capistrano and employs a network of falconers throughout California.

Bird abatement in locations like resorts, vineyards, golf courses, airports, HOA’s, beaches and landfills make up about 75 percent of Chavez’s business. Educational programs teaching about the birds, the history of falconry, how they’re used in abatement, make up the rest.

Falconers in Central California charge about $65-75 per hour, according to local falconer estimates, though costs vary depending on the difficulty of the job and number of raptors required. Though business has been slower this year during the pandemic as public spaces like hotels have shut down, “we’re surviving and my falconers are still getting work,” said Chavez. Bird abatement in agriculture has remained steady. And in some ways, the pandemic has brought to light the need for bird abatement in public spaces.

“Some of these birds carry bacteria and viruses, and so it makes it more important that we do our job,” said Chavez. For this reason, many counties throughout California consider the falconers essential workers, depending on the project. “This type of situation, we can’t let (the birds) get out of control. Nobody wants birds pooping all over everything. People want to keep things clean.”

It’s easy enough to get in touch with other falconers now, Regis said – and falconers even encourage enthusiasts to reach out – but as a kid growing up in northern Mexico, he didn’t know how he could work with raptors or even anyone doing it. Regis immigrated to the Bay Area in his youth “but it wasn’t until 1999 when I was able to look online and get in touch with (a falconer) in San Diego” that he learned he could become a bonafide and licensed falconer.

“I’m honestly very fortunate to be able to do what I do for a living,” Regis said. “Some people have horses, some people have chickens. I have hawks.”

Back at the landfill

“We were experiencing somewhere between five and ten thousand birds a day on our site,” said Flanagan. And that was a challenge, Flanagan said, because “you know what birds do – they eat and they poop,” and that poop is not just a smelly nuisance, but can damage equipment with its acidity. Not to mention, the seagulls themselves can get in the way of the machinery working over the trash piles.

Before getting the hawks involved, the landfill tried all manner of methods to chase the gulls away: shooting noisy cannons, stringing streamers around the site, and even hiring someone to strap a machine “exactly like a leaf blower” to his back and walk around spewing “a non-toxic scent, sort of like bubble gum” all over the trash piles, Flanagan said. “The birds ignored that.”

Workers used to scurry for cover as the gulls dive-bombed them with poop, Flanagan recalled. “It was sort of like the ‘Red Badge of Courage,’” he said. “You’d be up on the landfill and get pooped on, sort of like a landfill purple heart. You hadn’t lived until one of the birds did their business on you.” But things have changed since the arrival of the raptors. “Nothing was as effective as the falconer.”