Like his colleagues in the call center, working through the COVID-19 pandemic, customer service rep Eddie Rivera had hoped he could continue to elude the contagious virus.

But when Rivera fell ill in mid-October, confined to a couch with headache, fever and chills while getting word of more and more co-workers also testing positive for the coronavirus, he recalls the surprise was that it had not happened sooner.

“We work close together,” Rivera said, describing a floor full of desks in clusters of six inside the AT&T call center in Tustin. “There’s a lot of opportunity because we’re always talking, we’re on the phones all day. We didn’t wear masks while on the call because it’s difficult for the customer to hear us.”

Their union local counted at least 46 positive cases, and at least one death. She was identified as Gale Ballard, 51, a 20-year phone company veteran.

“She found joy in everything she did, and she loved her work family,” recalled niece LaRisha Hunter-Edmond. But when her aunt came home from work on Oct. 16, she said she felt fatigued, and her condition only worsened.

“And then she was experiencing extreme weakness to the point where she could not get out of bed–pain, fever and cough,” Hunter-Edmond said. Ballard resolved to seek urgent care, but did not make it. 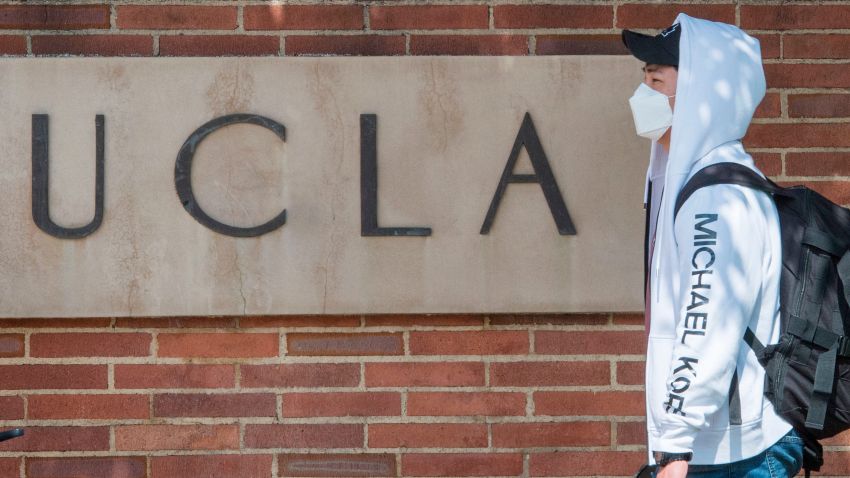 A post-mortem test found she had COVID, Hunter-Edmond said. She cannot be sure, but believes her aunt caught it at work.

“If only she could have worked from home, if they allowed that, she would still be with us,” Hunter-Edmond said.

The company repeatedly had rebuffed the union local’s requests for allowing work
at home, said Kenny Williams, Executive VP of Local 9510 of the Communication
Workers of America.

“We have teams who must report to an office due to the nature of the work they perform,” AT&T explained in a statement released Oct.22. Williams said the union was told the reason is to safeguard the personal information of residential customers, including credit card and identifying numbers, but he countered that other employees, who handle business customers, were allowed to work from home.

The AT&T statement acknowledged that employees were required to wear face covering whenever they were aware from desks–but not while working at them.

In the days that followed, the situation came to the attention of Rep. Katie Porter, D-Irvine.

“I am gravely concerned by what appears to be a lack of timely actions to protect employees”–Rep. Katie Porter, D-Irvine

“I am gravely concerned by what appears to be a lack of timely actions to protect employees,” Porter wrote in an Oct. 29 letter to Jeff McElfresh, CEO of AT&T Communications. “AT&T failed to prioritize the safety of its employees.”

The facility closed for two weeks with pay for employees, according to Williams,
and re-opened Monday.

“This workplace is safe for employees to return,” according to a written statement from AT&T spokesman Jim Kimberly. “In addition to the health and safety practices already in place, we conducted deep-cleaning, increased ventilation and require employees to wear masks at all times in the office.”

Williams commended the company for having grief counselors present when employees returned, but said concerns remain. “There is no comfort level.”

On that first day back, co-workers brought flowers to Ballard’s desk to honor her memory.

But many were absent, Rivera among them. He is still suffering from headaches, and he said that is a condition on the required personal self-assessment that does not allow entry. He said his wife, who also worked in the building and came down with COVID, likewise has lingering symptoms. His daughter has recovered.

Rivera’s excused absence is coming to an end, but he still does not know when he will return.

“I don’t feel safe yet and I feel terrible for the reps that have to go back in our office right now.”