Evacuation orders for the El Dorado Fire burning in the Yucaipa area continued Tuesday in parts of Riverside County, and firefighters were bracing for the possibility of expanding those orders due to increased wind gusts forecast for the region.

The blaze, which has charred 10,574 acres and was 16% contained as of Tuesday morning, was caused by a smoke device that ignited brush during a gender-reveal family photo shoot Saturday morning at Yucaipa’s El Dorado Ranch Park, according to Cal Fire investigators.

The U.S. Forest Service said evacuation orders were issued in Cherry Valley, along with parts of San Bernardino County including Oak Glen and Forest Falls.

An evacuation warning was in place for Beaumont Avenue east to Hillside Place in the Highland Springs area, to the Apple Fire burn perimeter to the north and Cherry Valley Boulevard to the south. An evacuation warning means the probability of an evacuation order being issued is high, and residents should be prepared to leave.

Despite cooler temperatures Monday night, firefighters braced for the arrival of increased winds Tuesday through Wednesday, with gusts between 35 and 45 mph expected from the east and northeast, and wind speeds reaching 55 mph in some areas, fire officials said.

Red flag warnings will be in effect beginning at noon Tuesday through Wednesday evening, which could prompt an expansion of evacuation orders farther south and west of current evacuation areas, according to the U.S. Forest Service.

After the fire ignited, near-record heat and dry conditions helped it quickly spread north to the Yucaipa Ridge. There were 649 firefighters working the blaze, who were being aided by six Cal Fire aircraft and six water-dropping helicopters.

The U.S. Forest Service said that smoke from the blaze would likely continue to affect portions of the Inland Empire and the San Gorgonio Pass. 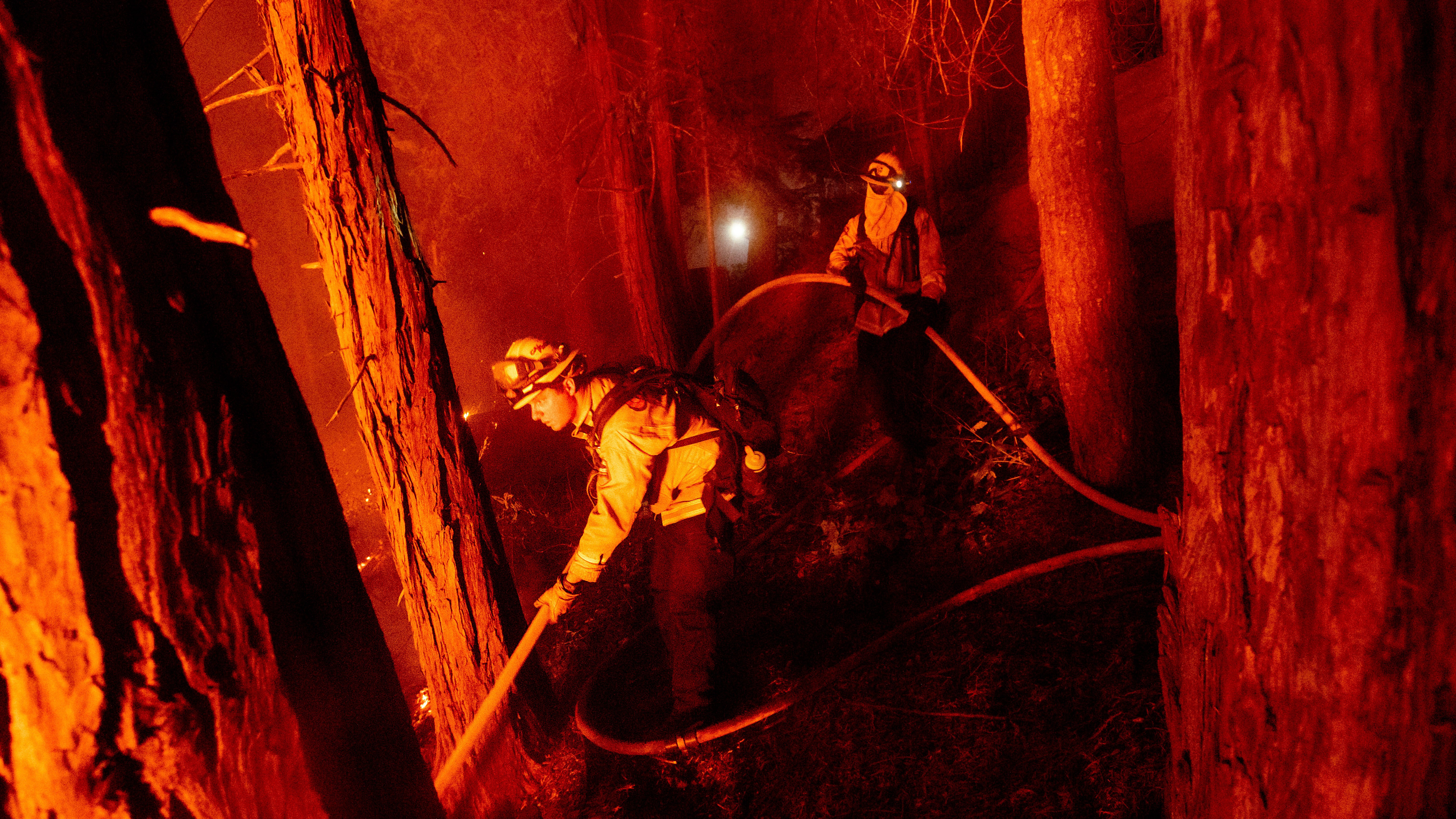 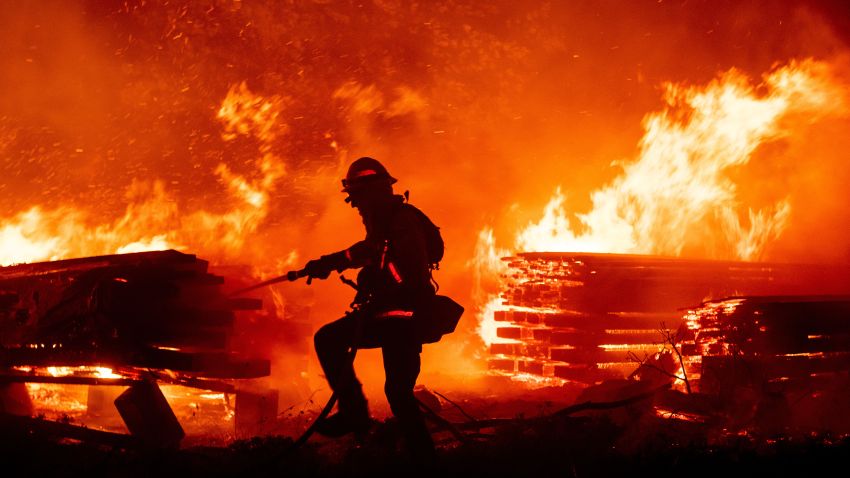 The South Coast Air Quality Management District issued a smoke advisory for some parts of Riverside County due to the fire.

Residents who see ash or smell smoke were urged to limit their exposure by remaining indoors with windows and doors closed or seeking alternate shelter, and avoiding vigorous physical activity.

Several national forests were temporarily closed Monday, including the San Bernardino National Forest and the Cleveland National Forest, due to the ongoing fire danger across the state. The order will be re-evaluated daily as conditions change, officials said.

A map of the evacuation area in Riverside County can be found at www.rivcoready.org/ActiveEvents.