California Mayors to Push for Police Reforms Amid Unrest

Mayors in several of California’s major cities steered away from calls to defund police budgets Wednesday and instead promised to work for reforms that would examine how police do their jobs in communities roiled by the death of George Floyd in Minneapolis.

San Jose Mayor Sam Liccardo said his city of 1 million will look to better define when police are needed on the streets and when government can respond “in ways that don’t require a badge and a gun.” He emphasized he is not considering defunding the police department.

Oakland Mayor Libby Schaaf said communities must find a balance between the need for safe streets — the city had over 100,000 911 calls last year — while enacting reforms that address why some residents have come to see the officers sworn to serve them with dread.

“While many are understandably articulating a fear of police, a sense that they do not create safety, we also have people that know that the police have saved their lives, have prevented crime,” she said.

Schaaf said Oakland must ensure police act in constitutional, unbiased ways, in line with community values. “And we have much work to do in that way,” she added. “We have to invest in police accountability.” 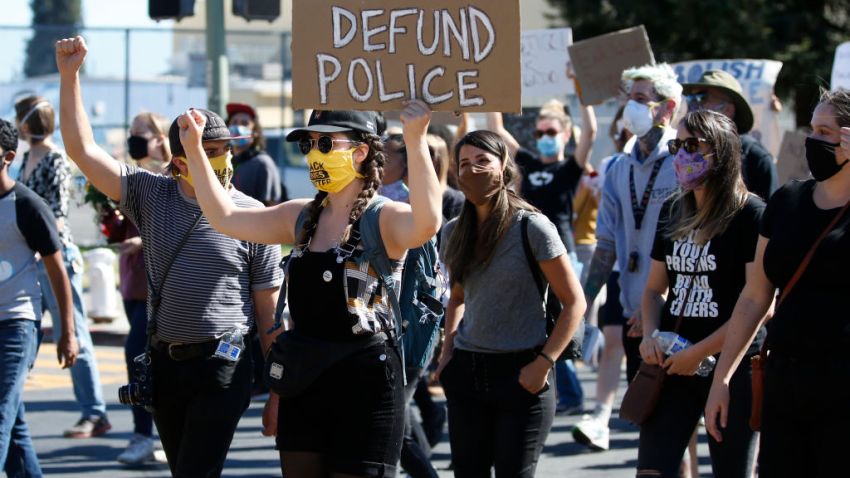 Defunding the Police: Here’s a Look at Where Bay Area Mayors Stand 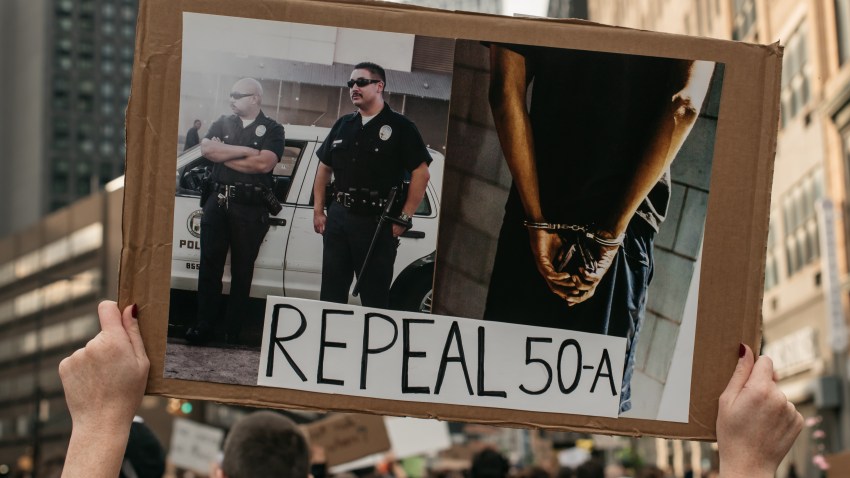 Justice in Policing: What’s in the Democrats’ Police Reform Bill?

Their remarks came during an online forum of big-city California mayors, who called for increased homelessness funding and spoke to the unrest following the death of Floyd, who was pinned to the pavement by a white officer who kept his knee on Floyd’s neck for what prosecutors said was 8 minutes and 46 seconds.

Amid an emotional national reckoning of police tactics and race, protesters around the country have been calling to “defund” police departments, a word that has taken on a range of meanings from dismantling police forces to overhauling how dollars are spent in law enforcement, with more directed at health care, education and other community programs.

Sacramento Mayor Darrell Steinberg said a moment has arrived to fundamentally examine “what do we actually expect our police officers to do, and what do we want them not to do?”

Steinberg applauded Los Angeles Mayor Eric Garcetti’s recent announcement that the city would abruptly reverse plans for increased police spending and instead redirect $250 million from the city budget into programs for jobs and “healing” aimed largely at the black community.

“We have underinvested in the communities that most need us” when it comes to issues from public transportation to housing, Garcetti said at a later city briefing.

Steinberg lamented that a high volume of calls received by police have little or nothing to do with criminal violations, and noted that in cases involving mental illness, the arrival of an armed officer can increase the tension, rather than ease it.

“I think we can shift money. We must shift money. But I think that the money ought to follow the function,” he said, without providing details.

San Diego, the state’s second-largest city, voted to increase police funds this week. However, Mayor Kevin Faulconer said “it’s not going to be business as usual” and noted the earlier decision for police to immediately stop using so-called carotid restraints, also known as a sleeper hold, which involves using an arm to apply pressure to the sides of the neck in a move that can almost immediately block blood flow and render someone unconscious.

Activists say the hold is used disproportionately against people of color. Many departments already ban or restrict its use.

Faulconer said police are too often drawn into matters involving homelessness and mental illness, when in many cases other health providers should be involved — “not our police department.”

At a later online briefing, Faulconer said city police were working on a new policy intended to control tense situations using lower levels of force. Designed with community input, he said it would give officers “clear rules of the road on how to safely control a situation.”

Such policies, formally known as de-escalation, involve techniques intended to resolve confrontations without violence. “We heard the calls for reform,” he said. “I’m not waiting.”

The mayors also called for nearly $1 billion in spending in the state’s pending budget to address the widespread homelessness crisis, including providing dollars for shelter, health care and other services needed to keep people off the streets.

Stockton Mayor Michael Tubbs said the funding was needed to address “the violence of poverty, the indignity of not being able to afford a home.”

At a time of unrest when new attention is being brought to racial and economic inequality and prejudice, leaders are being pressured “to think bigger and bolder about … what does it mean to be a neighbor,” Tubbs said.